Save the Central Harlem SNAP Center 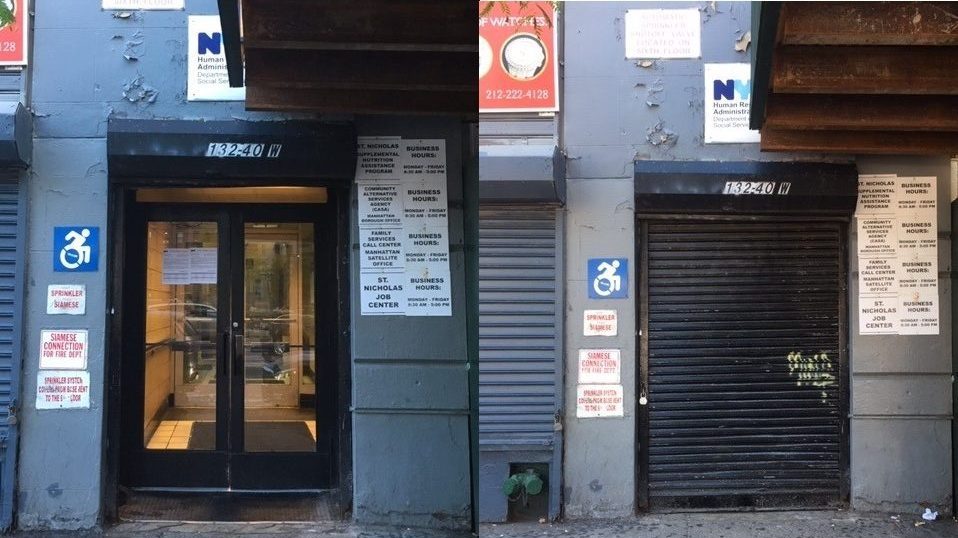 *Please see update at the bottom of the page for more information about the response we received to this campaign.

We urge Mayor de Blasio and Commissioner Banks to consider that the very short notice provided to folks who utilize and rely on the St. Nicholas SNAP Center did not allow time for community or stakeholder input, including from the union representing the staff who make the Center function, and we ask the City to conduct a thorough analysis of the need for the Center before its closure.

We support technological advancements that make SNAP more accessible for some New Yorkers. However, we do not support center closings – which cut off SNAP access for many of the neediest New Yorkers – as a trade-off. We believe that closing SNAP offices directly and most critically limits the elderly, those with mobility impairments or medical ailments, the homeless, those who are unable to read, and those who do not have consistent access to the internet.

This is the third New York City SNAP center closing within the last year and we are very concerned that this action reflects the city’s unstated attempt to reduce and shrink services for low-income New Yorkers in need. We protest both the city’s decision to close this center, as well as the way it has gone about communicating its intentions. The closure of St. Nicholas SNAP Center, and any other reductions of SNAP services, should be immediately suspended.

The below listed organizations and social welfare scholars all call on the City to stop this sudden closure.

*Update: On June 27th Commissioner Banks responded to our letter to him and the nearly 30 organizations and 10 leading social welfare scholars, along with some 400 petition signatories, all calling for a pause on the closure, as well as to the CM’s letter, with a response that emphasized that some services will still remain at the Center and will be available to SNAP-only recipients.

The Commissioner informed us that St. Nicholas will not remain open as a full-service center, however the center will provide self-service SNAP assistance with some HRA staff available to help with the technology. UJC-SNP responded to Commissioner Banks’ letter requesting an immediate mass mailing clarifying available services at the St. Nicholas Center, as well as additional information on remaining services. In response, Administrator Bonilla responded with a copy of a notice they are mailing to all clients on the St. Nicholas and East End caseload and stated that clients will be handed letters on services still available at St. Nicholas for SNAP-only recipients.

We continue to be concerned by what appears to be DSS’s effort to create an unreasonable trade-off between physical, full-service HRA offices (which continue to be a crucial point of access for many New Yorkers), and new technological options for access (which we support). Technological options should be offered, but they must be accompanied by fully-staffed physical social service sites, the loss of which puts many thousands of people at risk for loss of benefits and the cascade of issues that come with it. We also hope that DSS develops transparent and clear processes that incorporate serious stakeholder and community input for any future changes or reductions in service.

Want to join the fighting force?

We welcome your questions and comments

The Safety Net Project does not conduct client intake at our Rector Street Office. For information about our services and walk-in clinics, check out our legal clinic flyer.